Warning: Use of undefined constant mc_ps_parse - assumed 'mc_ps_parse' (this will throw an Error in a future version of PHP) in /home/customer/www/accentpros.com/public_html/wp-content/plugins/parse-shortcodes/parse-shortcodes.php on line 16
 How to Speak English: Name Phrases part 6 Skip to content

Many of our clients at Accent Pros, who are interested in learning how to speak English with an American accent, have advanced degrees and have excellent command of the English language. Given the evolving state of the English language; however, they may not understand informal slang and phrases that are regularly used in the workplace, and on various popular social media platforms such as Facebook and Twitter. Occasionally our clients will understand the meaning of an idiom, but use it in an improper context, which could potentially have embarrassing consequences when learning how to speak English. In our continuing efforts to feature only the most relevant and practical terms when helping you on your accent reduction goals, here are three commonly used American name phrases that have become standard shorthand in the workplace. 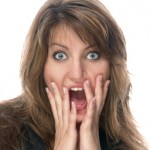 Definition: An exclamation of amazement, surprise, or even dismay. This is a less offensive way to show surprise, and is more polite than other expressions of disbelief.

Example: Great Scott! Will you look at that–she’s riding a unicycle and she’s just 4 years old!

Origin: Some references mention Sir Walter Scott as the origin of “great Scott” and in some historical accounts, it is said to be General Winfield Scott who happened to weigh over 136 kg and was deemed to be too fat to ride a horse, hence the use of the phrase for being surprised.

How to Speak English Name Phrase 2 – Heavens to Betsy

Example: Heavens to Betsy! When did you arrive? I didn’t hear you come through the front door!

Origin: This is an American phrase which had been in circulation since the 19th century. The very first example of it was noted in Volume 5 of Ballou’s dollar monthly magazine from January 1857. People wonder if Betsy is used for a specific person but like other idioms using names, “Betsy” is used to refer to someone generic rather than someone specific. 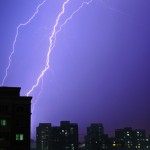 How to Speak English Name Phrase 3 – Even Steven

Definition: Being fair in distribution of resources or having a fair competition. 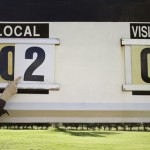 Example: Right then, we’ll split our winnings in half—even Steven!

Origin: This phrase is said to be older than 1962, and it is used as an adjective which means having nothing in due, or owing nothing to anyone. The simple rhyme also explains the use of the name which, like other names used in idioms, is not used to refer to someone specifically named Steven but is used as a generic which also happens to add appeal to the sound of it.