Many of our clients at Accent Pros, who are interested in learning how to speak English with an American accent, have advanced degrees and have excellent command of the English language.

Given the evolving state of the English language; however, they may not understand informal slang and phrases that are regularly used in the workplace, and on various popular social media platforms such as Facebook and Twitter. Occasionally our clients will understand the meaning of an idiom, but use it in an improper context, which could potentially have embarrassing consequences when learning how to speak English. In our continuing efforts to feature only the most relevant and practical terms when helping you on your accent reduction goals, here are three commonly used American name phrases that have become standard shorthand in the workplace.

How to Speak English Name Phrase 1 – By George

Definition: An expression of surprise or wonder. A means of adding emphasis to a statement or thought.

Example: I never saw her practice that piece, but by George! She did quite well! 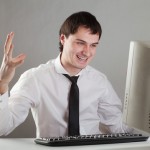 Origin: The original phrase is believed to be “for George,” where “George” is used as a substitute for “God.” This is similar to the use of “golly”, “ginger” and “gosh” in similar expressions. The phrase is believed to have been in use since the early 1600’s. Sometimes, the preposition used before “George” is also dropped, leaving the name as a single-worded expression for the same purpose of expressing surprise. 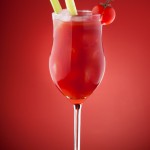 Definition: A popular drink that has vodka, tomato juice and a number of spices. It is also an expression used in a children’s game.

Example: I prefer my Bloody Mary extra spicy, but with less alcohol. 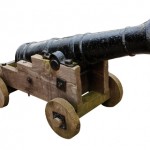 Example: Nothing except Big Bertha could have caused this much damage.

Origin: Big Bertha was originally a name used for a specific kind of siege gun, which at that time was considered to be the most powerful weapon of all. It was a 42cm howitzer that was designed for the German army. Designed by a German factory called Krupp, the name came from the owner’s wife, Bertha Krupp.