In April 2015 a language oriented message board thread on the networking  website Reddit went viral when a user asked a simple question:  “What’s the hardest English word to pronounce?” Those who have been in English accent training for any length of time will be heartened to know that both native and non native English speakers alike were all too willing to share the words that gave them the most trouble. The question eventually garnered over 5,000 responses  as wave upon wave of answers rolled in over the course of two weeks. The thread has since been archived but not before a list was culled together of the top 10 most difficult English words to pronounce according to everyday Reddit users. Part 2 of the list includes words such as “choir”. (To read Part 1 click here.)


Example Sentence: This is the sixth time I’ve had to repair the air conditioner this summer. It’s time for a replacement!

Place a sound like ‘s’ with the suffix ‘xth’ one after the other and you have a problem. The difficulty in pronouncing this word is highlighted in the tongue twister, “The sixth sick sheik’s sixth sheep’s sick”, which is considered the toughest tongue twister ever written according to The Guinness Book of World Records. On the other hand, a study by  Dr. Stefanie Shattuck-Hufnagel and her MIT colleagues concluded the phrase ” pad kid poured curd pulled cold” may be the most difficult tongue twister ever devised, given that when people were asked to quickly repeat it 19 times in a row, they were often so traumatized by the experience that they stopped speaking altogether for brief periods. Tongue twisters are normally prescribed by accent coaches to clients in English accent training because they loosen up the tongue and jaw, thereby allowing for a smoother articulation of various sounds.

After extensive study of the areas in the brain which are in charge of an individual’s vocal tract, researchers now know that the speech sensorimotor complex in the brain sends out rhythmic,  coordinated messages to the lips, larynx, tongue and jaw according to what muscles are necessary to produce a particular sound in a given moment. Tongue twisters are difficult for the brain to process at a heightened speed because nearly all the words in them start with the same letter. Furthermore, he identifiers  in the brain representing the letters of the alphabet are tightly compacted in a small area, causing them to become overwhelmed by redundant information. This leads to speaking errors.

Even Nemo (from the movie Finding Nemo) found it especially difficult to pronounce the word “anemone” despite the fact that he lived in one of these plants. Similar to many other words that appear to be nearly impossible to pronounce when viewed on paper, the overall process can be simplified if you break it down into its basic syllables like so: ‘uh-nem-uh-nee’.

Example sentence: I awoke to discover that a squirrel had dug up a collection of red acorns in my backyard.

The temptation with a word such as “skwirl” is to pronounce the word as one elongated syllable, almost affecting a southern drawl. It’s the unique union of the ‘q’ sound followed by the ‘ur’ that 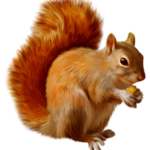 makes a clean pronunciation of this word a challenge for those looking for refine their pronunciation habits in English accent training. According to one Reddit member the word is especially difficult for German exchange students who come to America.

Example Sentence: The choir was disappointed their rendition of “The Star-Spangled Banner” was off key.

The initial “ch” sound here may leave some in English accent training flummoxed as they work through various ways to pronounce this word. Is it “choyr”?, “kwir”? Think of the word “inquire” however and take out the “in” and you’re good to go.

This is just one of our many blog articles that help educate and inform the public about  English Accent Training. If you’re interested in learning more about English accent training, check out our free Accent Reduction screening. Within 48 hours you will receive results regarding your accent on a severity scale of 1 (very heavy) to 7 (very mild) accent. If you’re looking to start on your English accent training, we have office and online starter program options! Within 12 English accent training sessions, all clients have demonstrated accent reduction of 50% or more.