As was discussed in a previous article, the standard California accent is thought to be closest in tone to the standard American English spoken throughout the Midwest and emphasized in accent reduction training. A direct result of  Midwestern settlers migrating to San Francisco during the gold rush period from 1848-1855. It is now widely taught to incoming actors and actresses to Los Angeles. After initial research revealed that most Californians were unaware of the ways in which their  speech and native dialect differentiated from the various American dialects spoken across the United States, linguist Penny Eckert spearheaded The Voices of California Project.

Eckert was supported in her efforts by a team of 15 researchers, 3 professors and 12 graduate students. The project began in 2009 with the goal of providing an accurate, detailed description of the general California accent across the state while simultaneously documenting the unique aspects of individual American dialects found in California”s major cities. The inherent objectivity of the project sought to eliminate racial and ethic linguistic stereotypes. Eckert”s team was in Bakersfield, California from September 3-14th 2012, canvassing the neighborhoods for lifetime residents to interview after spending time in Merced and Redding the previous two years 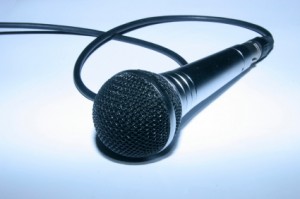 Clearer speech is the ultimate goal of accent reduction training

Over the course of 10 days, residents were invited to talk at length in recorded interviews about their home city and how it has changed during the course of their lifetime.  They were also asked about the local American accent and their impressions of their native cities” American dialect in contrast to the American dialects around them. The open ended nature of the discussions allowed the participants to speak without feeling pressured, increasing the likelihood they  spoke in an intonation and lexicon that was a hybrid of their personal and local dialect in their response. Participants were also asked to read through a list of words which highlight individual aspects of American Dialects across the country. For instance some speakers pronounce the words “pin” and “pen” similarly, a phenomenon known as the pin-pen merger. Researchers found this pronunciation was prominent in Bakersfield due to the linguistic influence of Oklahoma natives who settled in Central Valley after the great dust bowl migration,  causing other word pairings such as “pull” and “pool”, along with “gym” and “gem” to be pronounced and sound similar in this dialect. Accent reduction training also focuses on preserving the defining  aspects of a person”s dialect, such as the pin-pen merger above, while adding a sense of clarity. The intention of accent reduction training is not to completely eliminate an accent.

The Voices of California Project  also recorded variations in pronunciation and sentence structure amongst California”s various dialects. Here another dialect marker is seen exclusively in the central valley area region compared to the rest of the state:  the use of the word “was” in place of “were”. As in, “We was going to see the movie but then the car broke down.” Speaking in general terms, a true California accent is a hybrid  of those dialects found in the Northwest and South. Yet even this designation is an oversimplification given the  high rate at which native dialects in the region, as well as the American accent in general, are evolving. Moreover, some Californians may adopt a particular dialect or learned accent reduction techniques simply because they want to separate themselves linguistically from those around them. They consider their accent to be a small part of their personal identity.

People can either  consciously embrace or shun native American dialects , as well as the principles taught in accent reduction training, in a phenomenon referred to as “linguistic insecurity“. A deliberate attempt to speak in a manner that goes against the stereotype assigned to them by society.

The one prevailing thought that can be gleamed from The Voices of California Project is the fact that even in areas with well defined dialect zones and a well defined general accent, such as the Midwest, human language is always evolving due to the influence of slang terms introduced by the media and members of an individual”s social circle. Therefore, you may use a different dialect around the  office than you do with your friends.  Although accent reduction training will alter the prominence of your accent to a certain degree, some aspects of it will remain and will have no bearing on the personal dialect you normally use. At Accent Pros we are committed to helping you integrate only current and relevant American idioms into your speech.