Warning: Use of undefined constant mc_ps_parse - assumed 'mc_ps_parse' (this will throw an Error in a future version of PHP) in /home/customer/www/accentpros.com/public_html/wp-content/plugins/parse-shortcodes/parse-shortcodes.php on line 16
 The Alveolar Sounds ( /n/, /l/, /t/ & /d/) - English for Russian Speakers 5 - Accent Pros Skip to content

The good news for native Russian speakers striving to learn how to speak English is that, unlike many of the English sounds previously featured in this series, all the English sounds described in this article have near equivalent sounds in Russian. Unfortunately they are different enough from one another that confusion can occur. Any Russian consonant, such as the letter /l/ described earlier in the series, which involves a speaker’s tongue making contact with the teeth are referred to as “dentals.” In Russian /n/, /t/ and /d/ are also dentals. 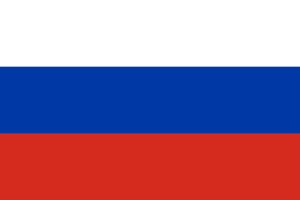 Native Russian speakers should know that in English, these aforementioned sounds do not belong to the dental group. They are, in fact, part of the alveolar class of sounds. In English, /n/, /l/, /t/, and /d/ are articulated with the tongue making contact with the roof of the mouth, the area just behind the front teeth, as opposed Russian where the tongue forcibly pushes against the front teeth.

Native Russian speakers can grow accustomed to the contrast in pronunciation styles between English alveolars and Russian dentals by reading off a two column list of words featuring a word grouping in each respective language. Try starting by using a Russian dental word in a sentence followed by an English alveolar, then reversing the order for the next set of words. As always,
mention any English alveolar words or sounds you are having difficulty with to your accent coach, or utilize an online pronunciation website such as forvo.com to hear a native English speaker pronounce a given word.