Warning: Use of undefined constant mc_ps_parse - assumed 'mc_ps_parse' (this will throw an Error in a future version of PHP) in /home/customer/www/accentpros.com/public_html/wp-content/plugins/parse-shortcodes/parse-shortcodes.php on line 16
 The L Sound - English for Russian Speakers - Accent Pros Skip to content

English and Russian are part of the Indo-European family of languages. Russians who hope to learn how to speak English more clearly may believe the two languages are completely different from one another. Such differences begin to erode when one begins to compare and contrast the two languages’ cursive alphabets. For example, some letters in the cursive Russian alphabet such as a, b, d, e, m, and k closely resemble their counterparts in English cursive, whereas some letters in Russian cursive parallel other letters of the English cursive alphabet. As seen in the similarity between the Russian lowercase cursive p and the English lowercase cursive n.

However, it can’t be denied that Russians who want to learn how to speak English with a reduced accent have their share of pronunciation challenges. These can place unwanted attention on the relative severity of your accent. As you learn to speak English more clearly, here’s an English sound native Russian speakers must pay particular attention to:

In the world of language the word “dark” refers to a single repeating letter that is found at the end of a word or immediately following a vowel sound. The words “ball” or “pull” feature this sound. Native Russian speakers working to learn to speak English have a natural tendency to pronounce the English dark /l/ as it is pronounced in Russian, with the 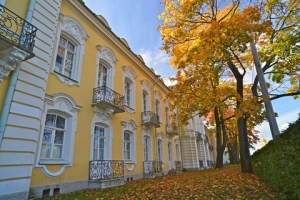 tongue raised towards the far back of the throat, thereby giving the sound an emphatic, rough sound which effectively swallows the previous syllable of a word. In English, this sound is pronounced with the tongue raised only slightly, a relaxed, easy pronunciation that flows smoothly into the next sound and/or word in a given phrase.

Furthermore, native English speakers pronounce the dark /l/ in such a way that the tongue makes little to no contact with the roof of the mouth just behind the teeth. Native Russian speakers, on the other hand, emphasize this sound regardless of its placement within a word, including at the beginning of a word. This is known as a “light” l sound.