Warning: Use of undefined constant mc_ps_parse - assumed 'mc_ps_parse' (this will throw an Error in a future version of PHP) in /home/customer/www/accentpros.com/public_html/wp-content/plugins/parse-shortcodes/parse-shortcodes.php on line 16
 The R Sound - English for Russian Speakers 2 - Accent Pros Skip to content


Native Russians speakers who are studying to learn how to speak English more clearly may have noticed that the English r sound bears a striking similarity to the r in Russian. The Russian r is also similar to the /r/ sound in various languages, notably Italian, Spanish, and Arabic, Portuguese, Ukrainian, and Polish. The /r/ in these languages are pronounced by the speaker tapping the roof of the mouth with their tongue.

The /r/ sound in German and French has a comparatively guttural quality. Yet even these languages feature dialects wherein a tapping motion is used.

The modern-day English /r/ is known as one of the most difficult letters in the English language for ESL speakers regardless of their native language.

In a word such as run, where the letter r is found at the beginning of a word, the lips converge and round into a tight circle. However if it is found at the end of a word or syllable, or when both conditions are met within the same word, as in the word quarter, the lips remain relaxed, with a definitive ending err sound present.

How to practice the R Sound in different words


As a native Russian speaker, if you are having trouble pronouncing a specific r word or aren’t sure how to pronounce a word that features an r in the first syllable or later, or features multiple r sounds, consult a dictionary for the proper phonetic spelling. Using this as a guide, practice your pronunciation of the word in question as many times as needed. There are a variety 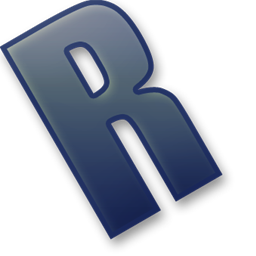 of word pronunciation sites online, including forvo.com and dictionary.com which will provide you with audio examples of thousands of English words. Forvo.com is also home to other audio word samples from native speakers of languages throughout the world. You can quickly learn how to speak English like a native speaker if you pay careful attention to factors such as: your speaking rhythm, speed, and vocabulary, and by augmenting learned techniques from your accent coach with consistent practice.

For the most accurate results, select an American English pronunciation of your chosen search word when browsing on forvo.com or similar sites whenever possible.

This article series focuses on the most commonly mispronounced words and sounds in the English language. If you’ve reached the end of the article and are surprised to find words you thought you were pronouncing correctly, don’t worry! There are a number of words in the English language that have had their pronunciation modified throughout the years due to the influence of regional dialects, tradition, and social media, to name a few contributing factors. Keeping up with the ever evolving state of the English language has never been more important. Be sure to check out posts from our popular idioms series and stand alone topics. Are you ready for a complimentary accent reduction tutorial or a free foreign accent screening? Our on-line accent reduction courses are available to students with accent reduction goals all over the world. For consistent access to posts in our commonly mispronounced word series and other accent reduction tips, please Like us on Facebook or Follow us on Twitter.